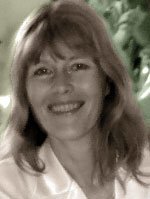 I’m a graduate of the CNM, College of Naturopathic Medicine in London and, apart from Homeopathy, I apply NAET (Nambudripad’s Allergy Elimination Techniques). NAET is a natural, drugless, non-invasive method of eliminating allergies/food intolerances.

While testing my patients for various allergies and food intolerances I found that many of my patients showed an intolerance to common table salt (sodium chloride).

We all know table salt is not healthy in any case but these patients had developed an intolerance to it which would show in different symptoms.

As I had just come across the Himalayan Crystal Salt from Best Care Products, I decided to put it to the test.

Would there be a difference between the sodium chloride and the Himalayan Crystal Salt?

From what I had read, Himalayan Crystal Salt mixed with spring water can provide numerous health benefits – lowering blood pressure, internal cleansing, and end to rheumatic aches and pains, restoration of alkaline/acid balance, and the soothing of problem skin, to name a few.

Over the next few weeks I tested the Himalayan Crystal Salt on about 15 patients who had previously tested weak (intolerant) to sodium chloride. To my amazement all of them without exception tested strong on the crystal salt. My curiosity was awakened: If my patients tested strong on the Himalayan Crystal Salt could it help them to get better faster?

The first one to use it on was a male patient with extremely itchy skin on his back. It was so bad that it prevented him from a restful sleep and would “drive him up the wall”. I recommended he try the crystal bath salts. He had a bath late in the evening when the itching was the worst. During the bath he reported later he started to yawn almost continuously. After the bath he went to bed. The itching had calmed down considerably and for the first time in weeks he had a long and restful sleep.

Another male patient complained of a very stiff neck for which I had already treated him but the progress had not been as fast as expected. I gave him the Crystal Salt in a linen bag which he had to warm up in the oven and then put on his stiff neck for 30 minutes every day. When I saw him a few days later he reported a definite improvement. I consider the Himalayan Crystal Salt an important addition to my therapies and would recommend it to anyone.

Like most other nutritional therapists, I get all my clients to eliminate salt (sodium chloride) from their diet as much as possible. However, I am happy to recommend Himalayan Salt knowing it will benefit them rather than harm them and they, in turn, are thrilled.

The bath salts too have relaxed and detoxed me like no other! I can barely crawl into bed after a soak and sleep like the dead.

Also, I had a badly inflamed eye recently. I bathed it in the himalayan solution and it had completely gone by the next morning.